When I posted about Edible Chalk Pavement Paint I was asked whether it could be frozen to make a chalk stick. To be honest I had no idea so I decided to experiment with a few recipes to see if anything worked and I’m pleased to say it did!

I attempted various cornflour and water mixes. The best result was achieved with the following recipe

Recipe
This recipe is based on the recipes for Edible Chalk Pavement Paint and the Edible Goo.

For each colour use
1 cup of cornflour
1/2 cup of water.
This will most likely produce a very stiff mix that is difficult to stir.
I then added water drop by drop to make the mixture more fluid than solid (it really is only a few tiny drops more!)

Add food colouring and tip into your container. Repeat as many times as necessary to make as many colours as you want!

Container choice
For my first attempt at this I used the Lolly mould. Unfortunately one of the sticks snapped in trying to remove the edible chalk so I wouldn’t recommend it!

However, the chalk that did come out intact was brilliant.

I decided I needed a more malleable mould so decided to use silicone muffin cases. These worked a treat. The chalk is easy to extract and remains intact. 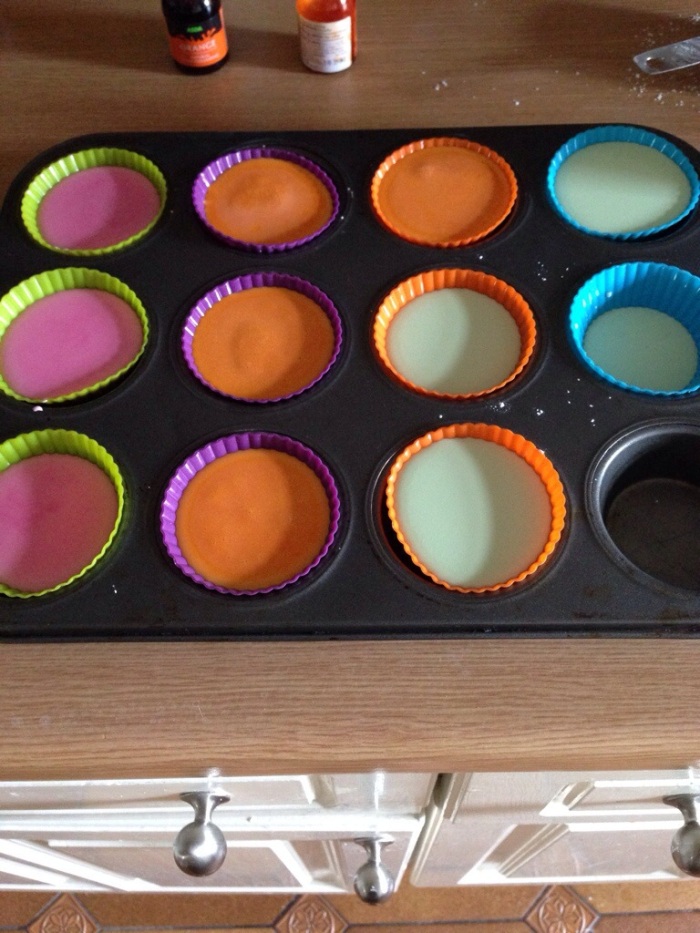 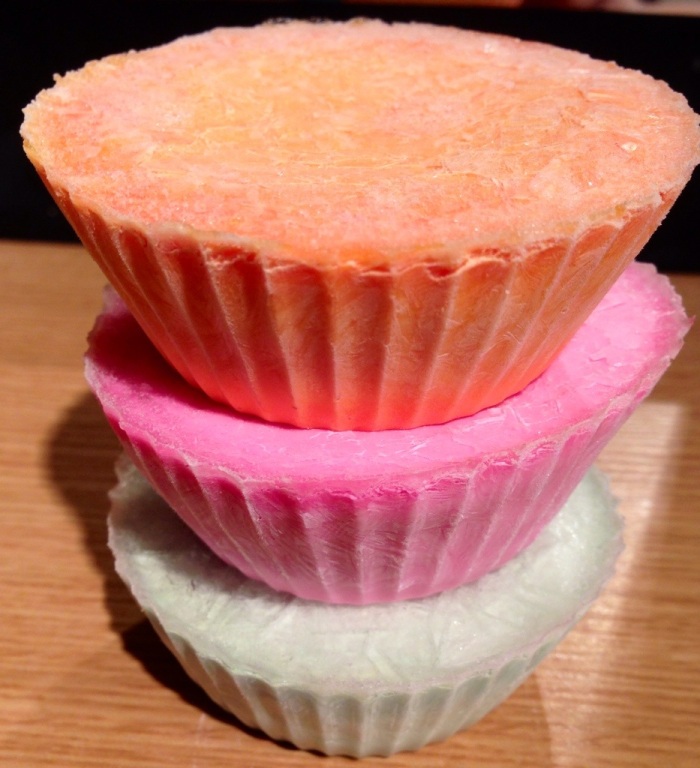 Playing with it
You can read about Buddy’s first play with frozen chalk here –
Fun with Edible Frozen Chalk
This chalk will melt quickly. The plus side of this is that it doesn’t really make your hands feel cold. It responds so quickly to body heat it turns into a fantastic sensory chalky goo. It marks well, looking wet to start with but it dries within seconds on a warm day.

Added Bonuses
This will clean up with a bucket of water and a sweeping brush. I always use natural food colouring and we have never experienced any staining.

I made four large batches of this mix today, attempting to get it right, and only used two small boxes of cornflour (69p per box)
It is a cheap recipe that can be played with by all ages.

The mixture will re-freeze. If you only use half of a block, just pop it back in the freezer.

So, for the lady who asked if frozen chalks were possible, I hope this answers your question!